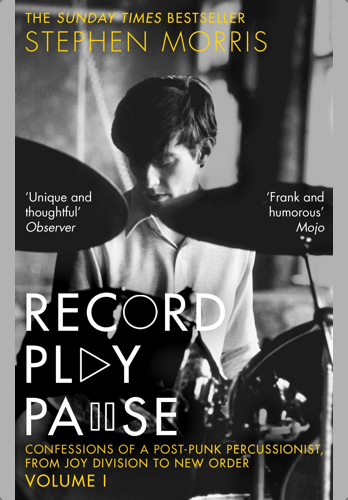 Following two landmark albums and widespread critical acclaim, Joy Division were at the height of their powers and poised to break the US, when lead singer, Ian Curtis, committed suicide. Part memoir, part scrapbook and part aural history: Stephen Morris's innate sense of rhythm and verve pulses through Record Play Pause. From recollections of growing up in the North West to the founding of New Order, Morris never strays far from the music.